My one and only (ever) figure drawing teacher, Michael Stasinos, has agreed to present a workshop in my studio in August for painters and sketchers who would like to start adding people to their paintings and sketches!


To find out details, click on the tab above--"Learn Figure Drawing Skills for Painters and Sketchers." This is where you will find: dates, times, location, cost, PayPal button.

This workshop is being sponsored by Peninsula Art League as part of their annual Open Show event. Michael will be the juror of this international show for PAL, as well as leading this workshop. 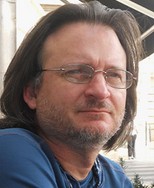 I met Michael at the Gage Academy in Seattle (a decade...or more... ago?),  a young guy about my son's age back then (both are fifty +/- these days), sketching in the Open Figure Drawing drop-in program at the easel right next to mine. I remarked that I thought his figure sketches were really good, and, later he gave me a couple of pointers about sketching from the figure. I thought 'what a nice guy'. Later I blushed (inside my mind) when I learned he was, at that time, on the faculty of Gage Academy.

Subsequently, Michael became the full-time professor of Art & Design at Pacific Lutheran University, where my husband was a professor in the Business School. I took many excellent oil painting and drawing classes from Michael at PLU over several years, and when I could, attended his Wednesday evening (free) figure drawing sessions (no instruction there; always with a live model).

Later, when I opened my downtown Puyallup art studio, I hosted Michael for several workshops: either in plein air painting or figure drawing.

I know why Michael's  students always  love his workshops: He is a very generous teacher, offering loads of information and doing demonstration drawings from the live model. Then, it is the students' turn to practice capturing what has just been taught and demonstrated. This is repeated (at the upcoming workshop in my studio for 18 hours over three days!) Michael comes around to each easel and gives very kind feedback and suggestions tailored to the experience level of each artist.

In Michael's workshop in August in my studio in Puyallup, he will draw a lot/ you will draw a lot....and voila', you will be on the road to adding figures (which please you) to your paintings and sketches! 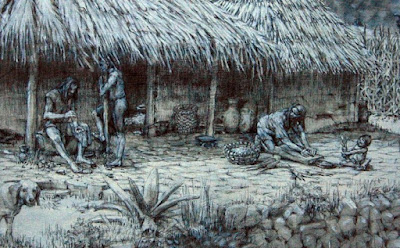 Above are two sketches completed by Michael for the PLU Anthropology Department, based on anthropological research information about the Anasazi Indians. These sketches were used as illustrations for a presentation to other anthropologists. 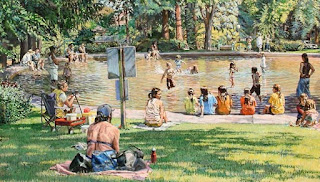 Above is a portion of one of Michael's paintings which includes figures. To see more of Michael's figure paintings, Click on the workshop tab above, and also, visit his website. Simply go to www.michaelstasinos.com

Posted by Frances Buckmaster at 10:31 AM

I'm trying to log into paypal on this site, but nothing appears to be a live URL to direct me to pay the remainder of my class fee. Or perhaps I'm just clueless. Your assistance would be appreciated.

Thanks for taking the time to share your thoughts or for just saying hello! Your comments are important to me and let me know if my post content is reaching you! 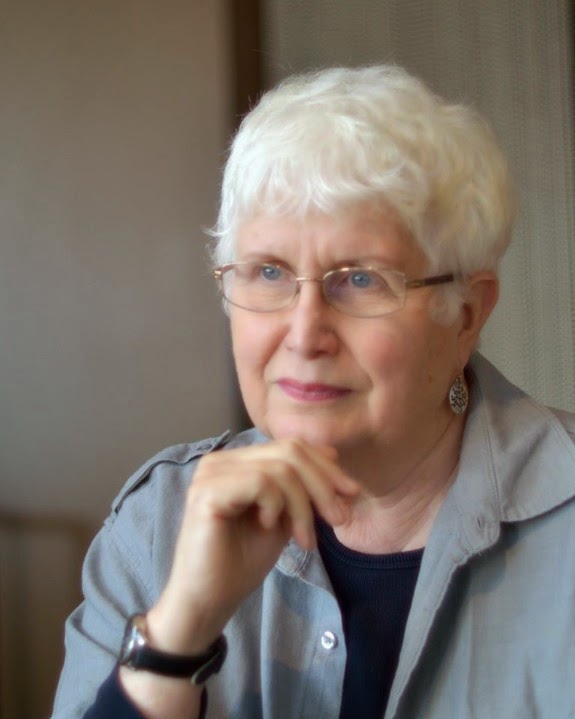 Welcome to my blog! I look forward to hearing from you! I hope You subscribe to my blog and we have some conversations about our art!

My studio is located in Puyallup WA., a small city of about 37,000 people located S.E. of Tacoma WA and South of Seattle.

I began art with training in Commercial Art, followed by occasional university fine arts classes in Michigan, Texas, and Washington state, along with many workshops with professional artists.

I have experienced selling my art in galleries, participating in juried shows (and winning some nice prizes), completing commissions, and selling drawings, prints, and paintings in various venues. I have taught art classes, held a Figure Studio program for five years in my studio, and hosted workshops for nationally known artists.

My art focus currently is on Urban Sketching. In 2013 I founded Urban Sketchers-Tacoma, which serves Pierce County, WA. I will be retiring from co-administering this program shortly after USk-Tacoma's fifth birthday, on May 6, 2017, happy there are excellent leaders in place to continue USk programming, serving artists in our area of the world.

© Frances Buckmaster. Unauthorized use or duplication of this material without written permission is prohibited. Please respect copyright of all artists featured here. e-mail me for permission to use material if you want to (1) do any more than use a very short excerpt from the text only plus create an accredited link with appropriate and specific direction to the original content or (2) purchase, licence or exhibit any of my artwork